If a screenshot says a thousand words, a screen recording says it all.

Whether you’re demonstrating something on a computer, creating training videos, or turning your voiceover into a video presentation, the ability to record your screen is an important component of your video production tool belt.

The bad news… There are a lot of options to choose from depending on your device, but we’ll brief you on all of them, and guide you through whichever one you pick.

The good news… Screen recording is really easy, and you don’t need to be an expert to do it!

You may not have realized that your phone and computer already have free built-in screen recording tools–so there’s a good chance you don’t need to download anything to get started.

In this blog, we’ll teach you how to create a screen recording on any device – including Mac, Windows, iPhone, or Android. There are also paid screen recording tools like Camtasia and Screenflow that allow you to edit your recordings.

Screen Recording On a computer

The process to record your screen is very similar for most devices and involves choosing the screen (or area of the screen) that you’d like to record, and your audio source.

Most people using modern Mac and Windows operating systems have screen recording functionality built-in for free. We’ll show you how to use them!

How to screen record on a Mac

If you’re using an apple computer, there are two ways to initiate a screen recording:

But once you’ve launched the toolbar, the steps are the same. Next, decide on your screen recording options. Think about whether or not you need to share an entire window, a tab, or a selected area of your screen.

Here’s a few of the main options you’ll want to consider: 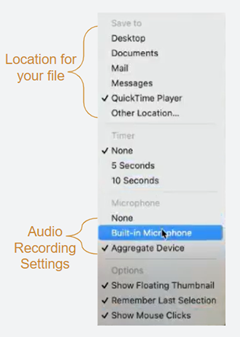 If you’ve opted to record your entire screen, your mouse pointer will turn into a camera–click anywhere on the screen, or click record to begin. 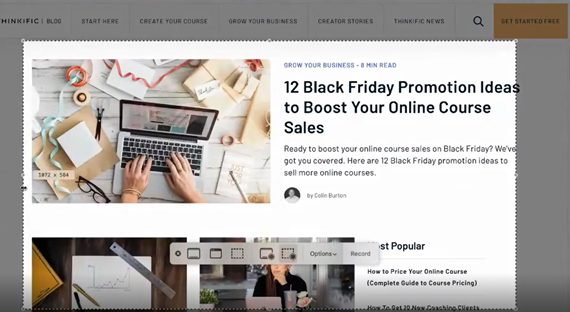 Once you’re done, a preview will appear in the bottom right corner of your screen, or you can find it based on where you’re specified the captures to save in the options (ie, your desktop or documents).

How to screen record on Windows

If you’re using Windows 10, you probably already have screen recording functionality built in. Depending on what you’re trying to do, you can either use Powerpoint or the Xbox Game Bar

This will help you choose the best route.

Here’s how to do it both ways:

Typically used by gamers, Windows has a built-in screen recording tool. Despite the name, you don’t need an Xbox to use this feature.

Most modern computers running Windows 10 will work just fine, but this functionality won’t work on ALL PCs, you’ll need a video card that supports one of these encoders: AMD VCE, Nvidia NVENC, Intel Quick Sync H.260

Here are the steps to recording your screen on PC for FREE!

Hit [Windows + G] at the same time to open up the game bar, and an overlay like this will show up on your screen. Alternatively, you can search for “Xbox Game Bar” from the start menu.

Once you open it, the following overlay will appear on your screen. 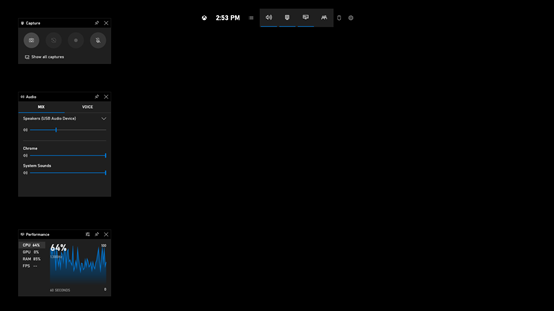 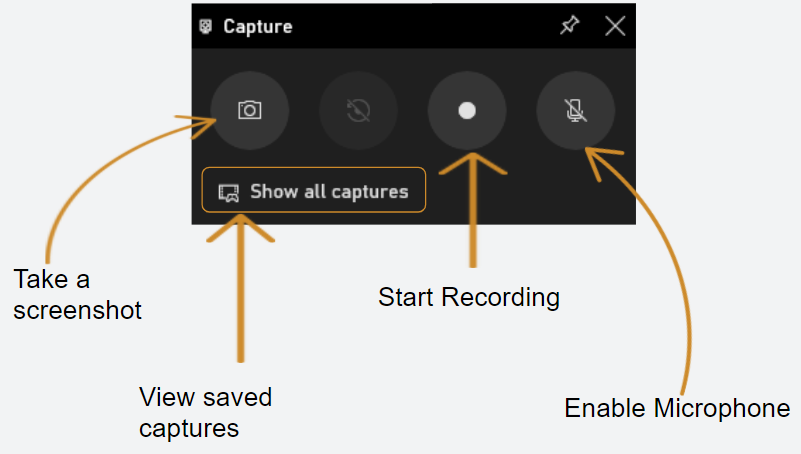 Once you start recording, a box will appear that shows you the elapsed time, and has buttons to stop recording, or enable your microphone.

Once you stop recording, it will automatically save.

To quickly access your recordings, click Show all Captures from the capture box in the game bar.

If you’re doing a lot of recordings, it might be helpful to find where they are saved:

Next, we’ll cover how to use PowerPoint to record something happening on your screen and embed it on a slide.

You can copy and paste the recording to a new slide, or move the slide around later.

On the Insert tab, you’ll find Screen Recording on the far right side of the bar

Once you click Screen Recording, a control dock will appear at the top of your screen. The following image explains your options.

Next, we’ll run through the control dock options.

First, you’ll want to choose what part of your screen you’d like to record. You can either click the Select Area button, or use [Windows Key + Shift + A].

It’ll make for a cleaner video if you select only the area you want to record. But if you need to, you can record your whole screen if you want to use [Windows Key + Shift + F).

If you’ve opted to record only a part of your screen, you will see the cross-haired cursor, which you can drag to select your recording area. In the example below, we’ve selected the body of our blog homepage: 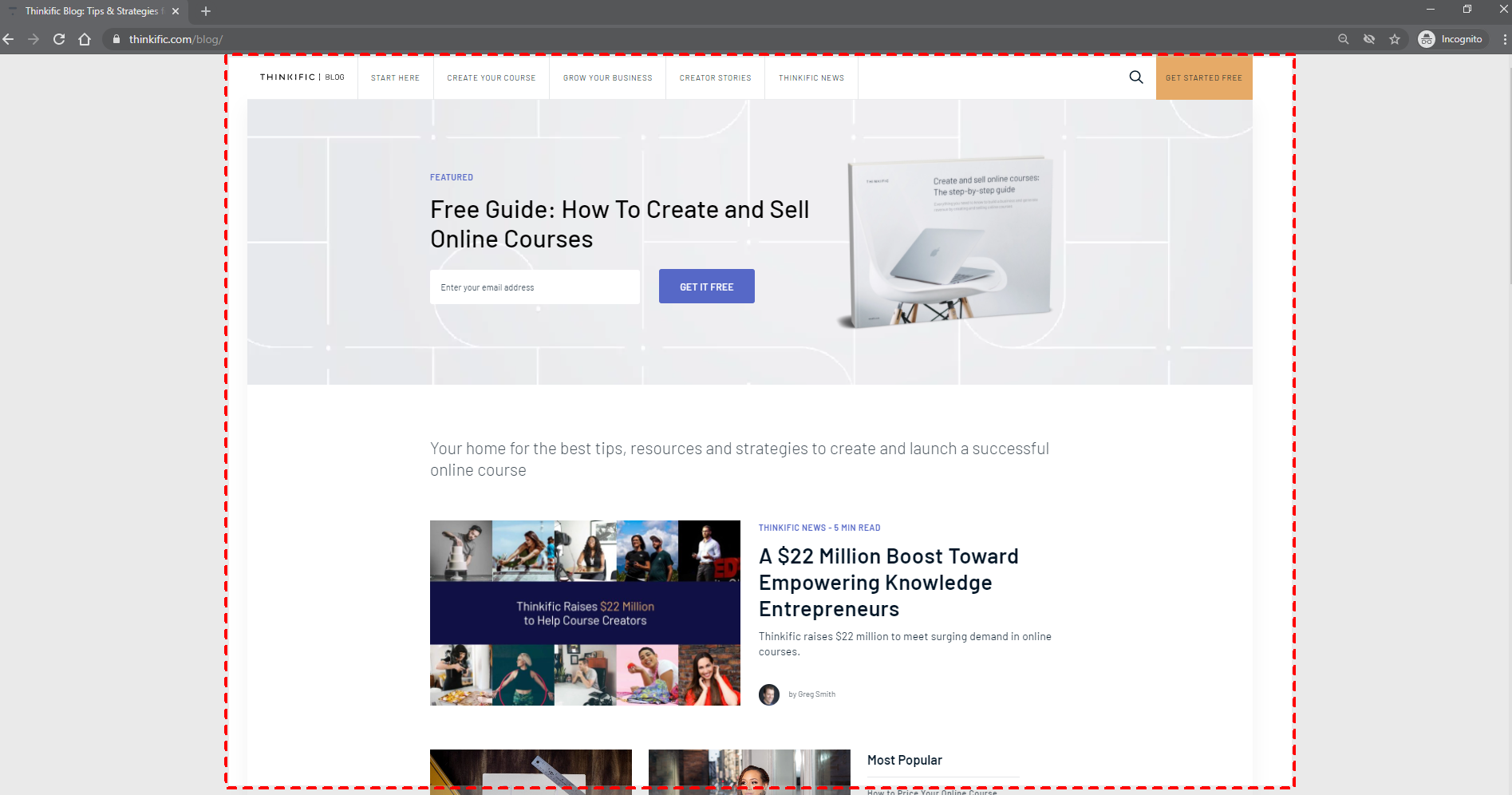 Here are the other options for you in the control dock:

If you’re using multiple screens, you won’t run into trouble with this one, because you can record a different screen and the control dock won’t get in the way. BUT, if you’re recording the whole screen and you have the control dock pinned, it will be captured in your video.

If you choose not to pin the control dock, “esc” will not stop the recording as you might expect, so you’ll want to remember these commands:

To start recording, you can either click the record button in the control dock, or hit (Windows Key + Shift + R).

Once you stop the recording, it will be added to your PowerPoint slide. if you’re happy with it, then you’re done!

But we’ve included a few bonus steps if you’d like to make tweaks to your video, or save it to your computer to use elsewhere.

Right-click on your recording to display options. Depending on where you clicked, these options will either appear above or below the regular settings. 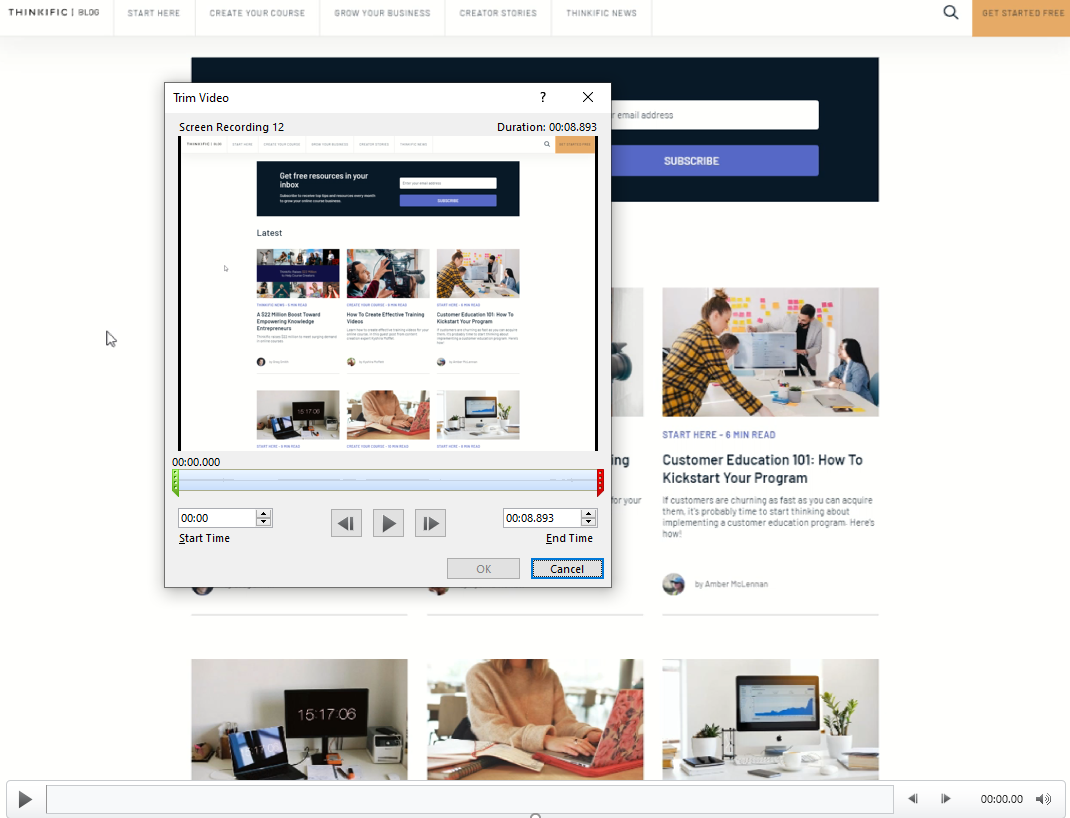 You can change the style of your recording to add shadows, borders, or fancy angles. Keep in mind that the angles and exotic shapes make it more difficult for viewers to see what’s happening in your recording. 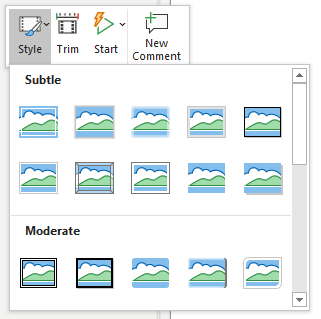 Right-click the recording, and slick “Save Media as”, or hit M.

If you’re recording and editing a lot of content, you may want to consider one of the following tools to streamline your production process.

TechSmith screen capture software and editing solutions are perfect for anyone who wants to create and share images and videos for better training, tutorials, lessons, and everyday communication.

Their products Snagit and Camtasia are easy for anyone to learn. And with expert help content and support, you can quickly create visuals to show what you know.

If you’re a Mac or iPhone user, you may want to check out ScreenFlow from Telestream–an award-winning video editing, screen recording and sharing tool that is easy to use.

Screen recording on your phone

Next, we’ll go through the built-in screen recording functionality on iPhone and Android.

To open the Control Center, you’ll Swipe down from the top right corner of the screen (iPhone X or later), or swipe up if you’re using iPhone 8 or earlier. Here’s what it would look if you had the button – if you don’t see this in your Control Center, then move on to step two.

To add the screen record button, go to Settings >> Control Center >> Customize Controls, and tap the ⛔ so that it turns into a Green + sign. 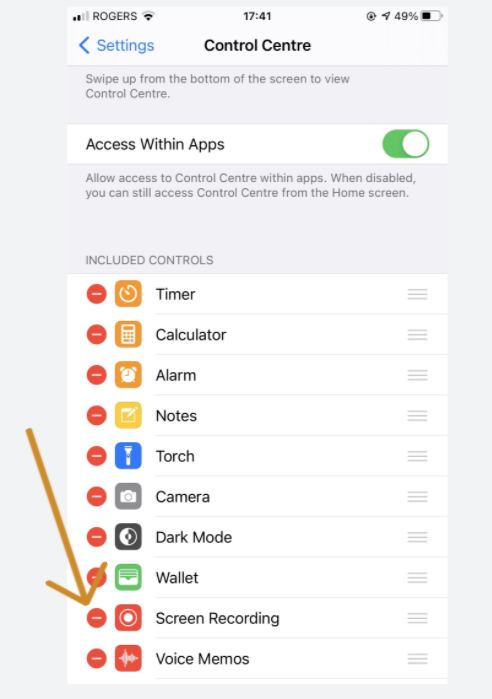 Now that you’ve added the button to the Control Center, you’re ready to start recording!

But first, we recommend switching on Do Not Disturb crescent moon to avoid the risk of notifications interrupting your recording.

Once you press the screen recording button, you’ll see an option to turn your microphone on or off. Your iPhone will remember these settings next time. 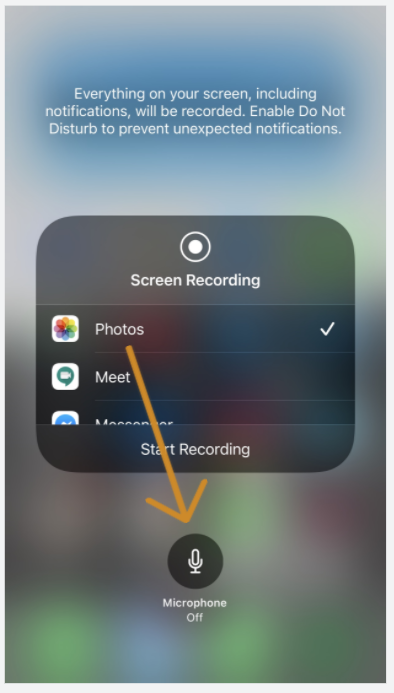 Once you’re done recording, swipe to the Control Center again, and tap the record button again, you will be prompted to “Stop screen recording?”

Your screen recording will automatically be saved in your Photos app.

Recording your screen on Android

The default screen recording tool on android can be found in Android Quick Settings.

To find the default android screen recorder, open the Android Quick Settings menu by dragging your finger from the top of your screen down. This will show your notifications.

Next, swipe down again to expand the Quick Settings Menu, and then swipe left to get to the next slide. (If you’re not into swiping, you can press the middle dot at the bottom) 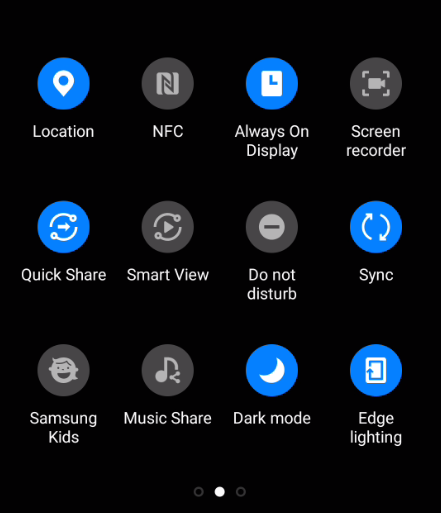 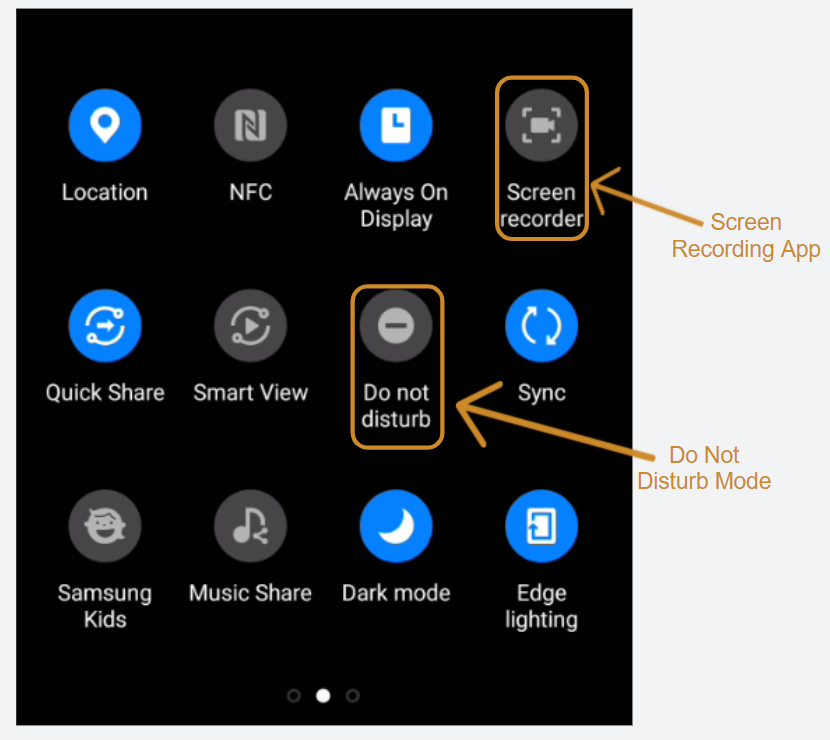 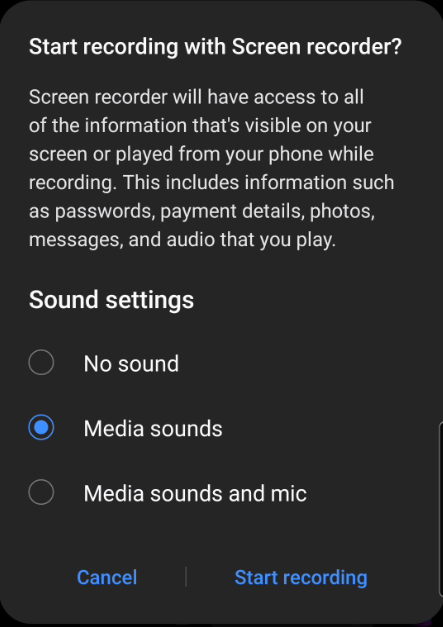 The default video quality will be 1080p–there’s really no reason, besides storage space, that you’d want to change this. 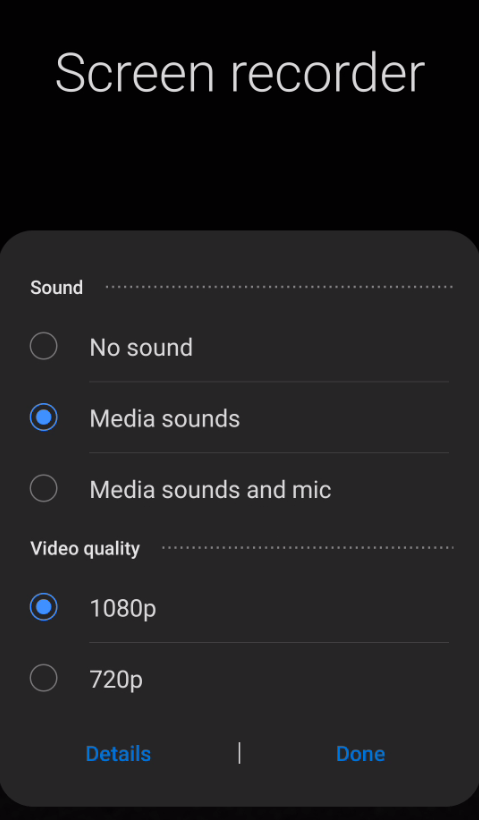 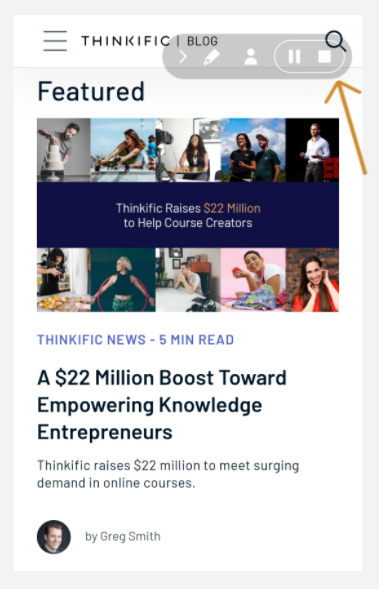 Additional overlay settings: If you want to draw on your screen, you can tap the pencil icon. Or if you want to add your face to the recording, tap the little person icon. 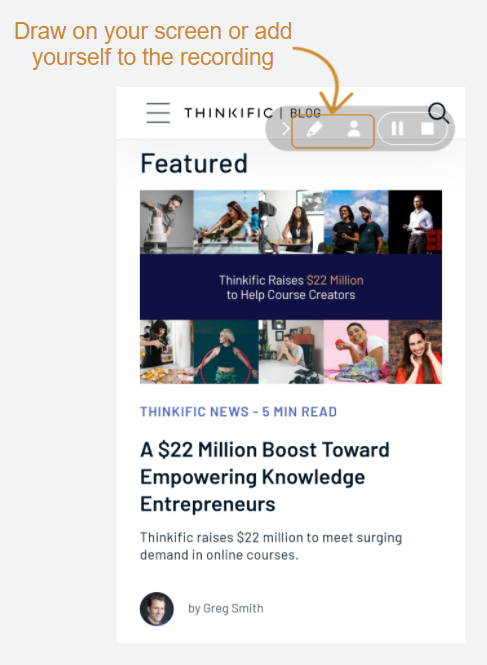 Whichever route you choose to create your screen recording, you’re on the path to creating better content for your audience.

But have you considered better ways to host and monetize your content?

You can create and sell up to 3 courses for FREE on Thinkific, and test all of our core features. Try it today! 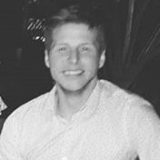 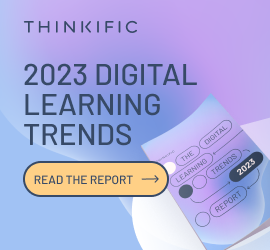 How to Price Your Online Course (Complete Guide to Course Pricing)

Choosing a price is a critical step in the online course creation process. Here is a complete guide on how to price your online course. 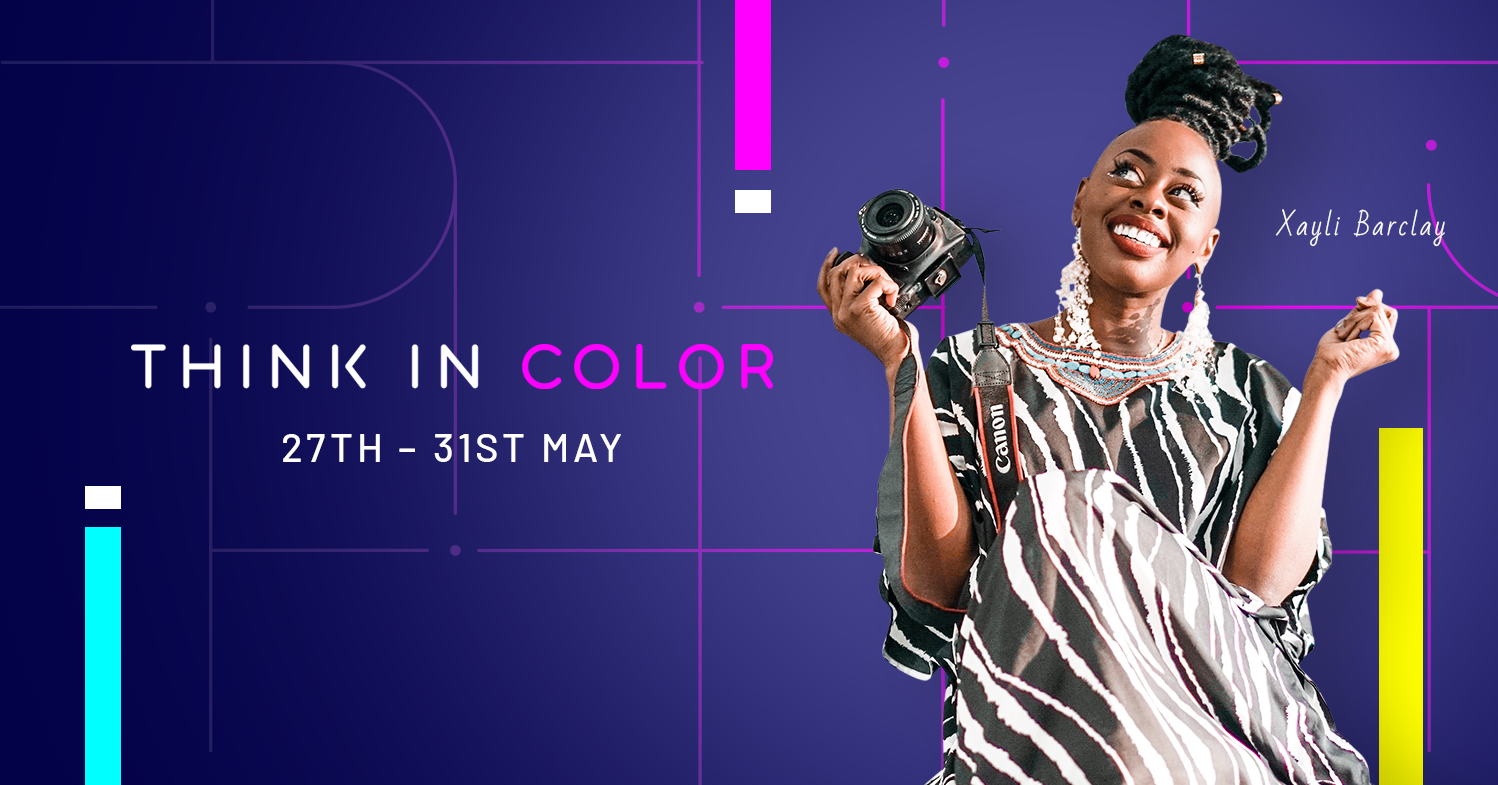 Learn how to effectively use video content to intentionally deepen relationships with your students and the brands you want to partner with. 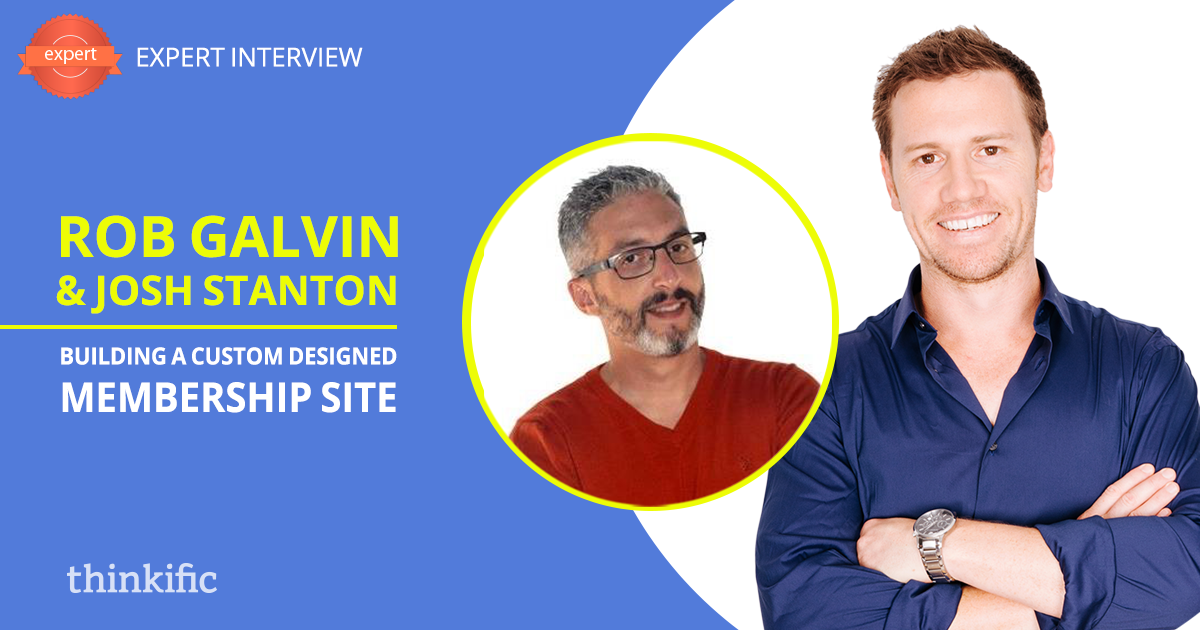 How to Build a Successful Membership Site on Thinkific (Josh Stanton & Rob ...

by Thinkific Team
Most Popular Thinkific.com